It has been the most beautiful weather here in Scotland the last few weeks!  It has been the summer holidays for my grandchildren and I have been very busy with them crafting. They just want to go to my craft room, or the way my granddaughter Alia say: "My Ouma's Studio" and play with everything.


Well it is that time of the month for Monthly Technique across at SweetStamps.com.
This month it is 1 of my favorite crafting techniques and it is

Parchment also known as Pergamano, is an ancient art form that dates back to the 15th or 16th century. It occurred principally in Catholic communities where crafters created lace like items such as communion cards and gifts for young girls receiving their First Communion. Over the time the craft developed with new techniques and refinements being added. Up to 16th century, Parchment Craft was a European art form. Some of the missionaries and settlers relocated to South America took this craft with them. There was a loss of interest in hand made cards and items after the invention of  the printing press. By the 18th century the
people were regaining interest in detailed handmade goods. During the 19th century, influenced by French romanticism, parchment crafters began adding floral themes, cherubs and hand embossing.

Parchment is the art of embossing and decorating parchment paper through the use of techniques as Embossing, Perforating, Stippling, Cutting and Coloring. The techniques are being applied to related items such as bookmarks and picture as well as 3D sculptural paper projects such as ornaments and boxes.

The basic tools you will need are:
Mapping Pen
Use to trace your image onto Parchment, normally white ink is used
White Pencil
Can also been used to trace images onto Parchment
Embossing Tools
They coming in various sizes, the bigger the ball the softer the embossing the "grayer" and the smaller the ball tool to "whiter" the embossing.
Needle Tools
Needle tools are sometimes used for embossing details, but mostly used for perforating to make lace-like patterns.
A 1 needle tool used for embossing or stippling
A 2 needle tool used for even perforations for making areas which could be cut with scissors.
A 4 needle tool is a square shaped and necessity for classic lace patterns.
There is the 3, 5, 7 and half-circle needle tools are used for decorative additions to lace patterns.
Scissors is used in combination with needle tools to cut crosses and slots into the patterning.
Embossing and Perforating Pads
These pads are to be used as support whenever pressure is places upon the parchment.
For Embossing a soft pad is required to provide even support.
For Perforating a felt pad is used.
Coloring Tools
Any waterproof or acrylic ink
Acrylic Paints
Oil Pastels
Watercolor Pencils
Felt-tip pens or markers

Techniques
Tracing
First step in any Parchment Craft project. Tracing creates the guidelines for the areas of the design that are to be embossed.
Parchment has two sides. One side is smooth and  the other side is a rough surface.
The tracing is done on the rough surface, the ink adheres better to the rough surface when ink is used.
There should be no pressure on the pen/pencil when tracing, you do not want to emboss the parchment.

Embossing
Embossing is the process of creating raised and relief with you design. Debossed and Embossed.
Using the embossing tools and appropriate embossing pad, the parchment is rubbed forwards and backwards or side to side in the same movement with very little pressure just enough to stretch the parchment evenly.
A finished embossed piece should be satin white in color and will contrast with the translucency of the parchment paper.
Fine lines can be obtained by embossing with a Stylus Tool.

Stippling
The single needle tool is used for stippling. Stippling is a technique used for generating a matte white surface to areas or for fine detail work such as the centers of flowers.
To create a matte white surface the parchment is first lightly embossed and then small holes are perforated on the parchment in very close proximity. You can use a cardboard pad rather that a felt pad so that the needle will not pierce through the parchment, but rather create an embossed dot.
Perforating
Perforating is used to create decorative and special lace patterns in Parchment Craft.
Minimal tracing is required when perforating, designs are usually created by taping the parchment over the pattern and perforating directly over it.
Various tools are used in the perforating technique.
Perforating is also used to create edging and borders or to denote guidelines for cutting.
Cutting
Cutting is used in combination with perforating.  Cutting is used with the 2 needle tool to remove shapes from the design, it is used within 4 needle tool to create crossed and strips within a lace pattern.
Coloring
In the 20th century coloring technique became very popular in Parchment Crafting.
Before Parchment Craft was always just white work.
There are many methods for coloring parchment Craft work.  One of the most popular "dorsing". Dorsing creates a soft background color for embossed shapes of the areas around them. Color is applied in the dorsing process using oil pastels or Dorso crayons which are rubbed on and then blended using paper toweling and odorless mineral spirits or an oil based medium such as linseed or lavender oil.  For coloring that is applied to the parchment in entirety, the coloring is done before any tracing or embossing.  If color is to be added to small areas, dorsing would be applied in a similar manner to specific areas before the embossing process.  Dorsing can also be done using other colouring media such as felr-tip pens/markers, watercolor pencils, acrylic paints or inks.

Here's my Parchment Craft creation I made for inspiration for you
and scroll down for the details of crafting goodies I used from
the wonderful shop of SweetStamps.com. 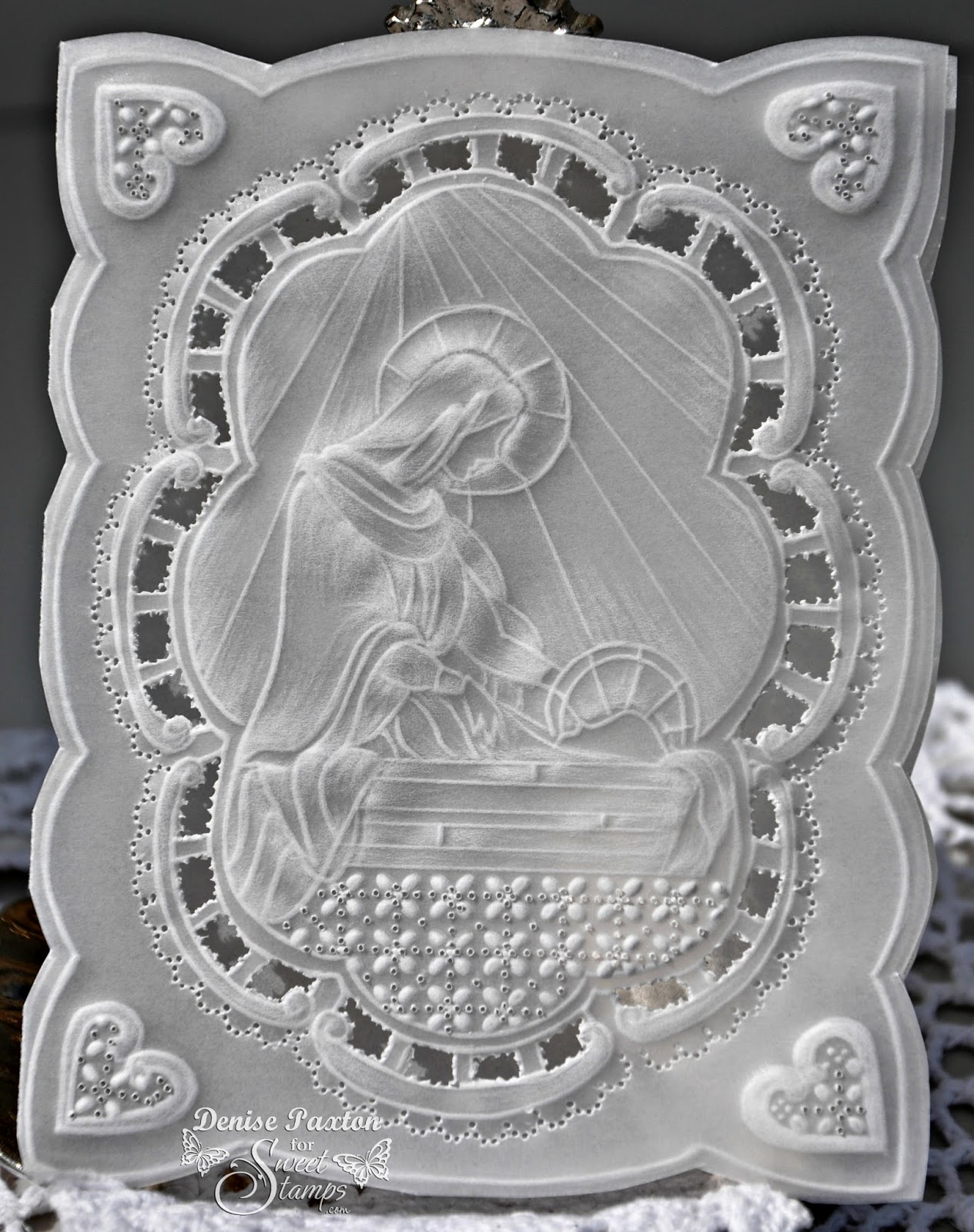 I used 2 different stamps for this project 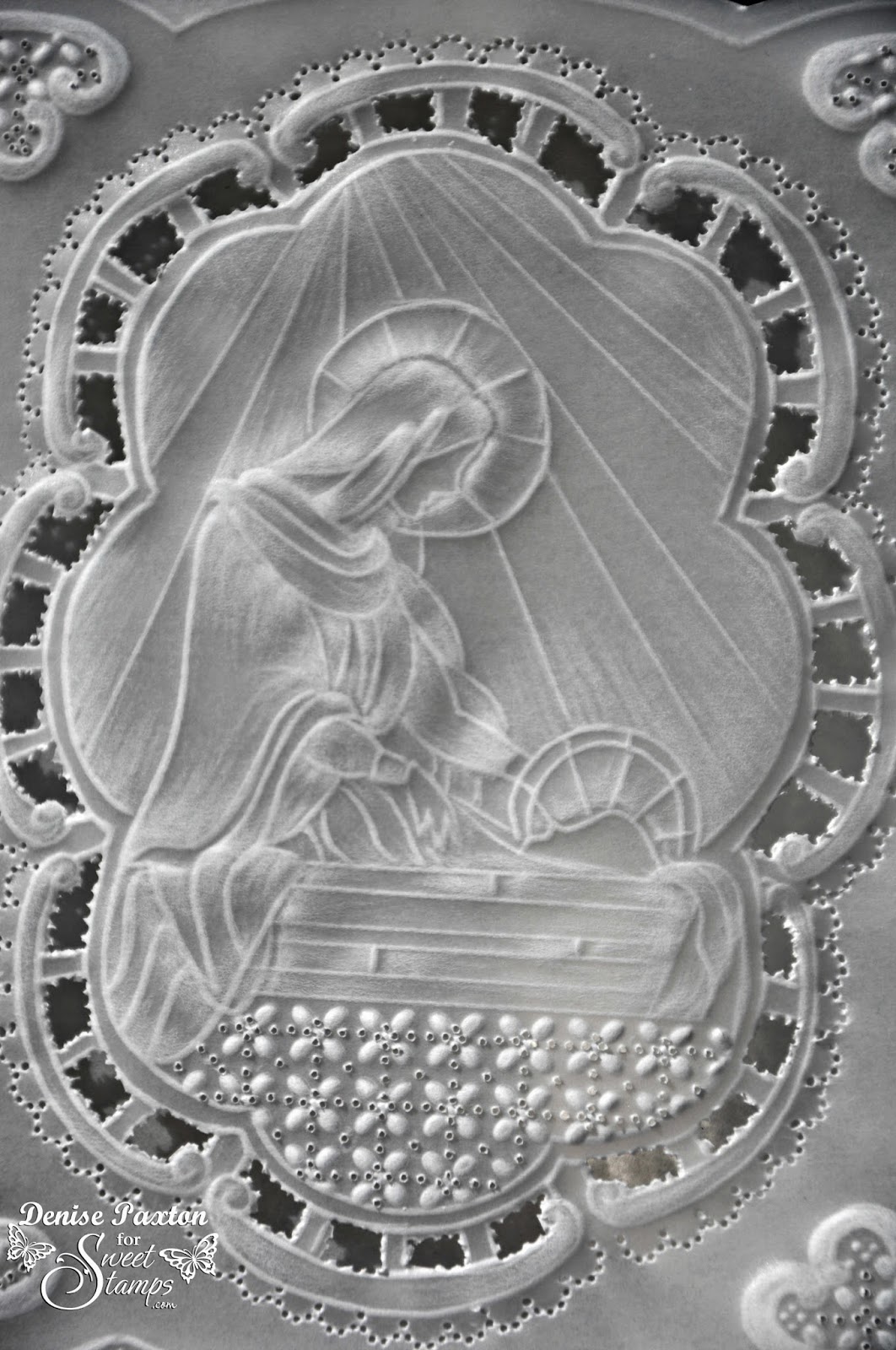 I Embossed, Stippling, Perforating and Cutting

I used a Straight Magnetic Grid for the detail

I hope you enjoyed this project of mine and hope I inspired you!

Thank you for taking the time out of your busy lives to visit my Blog!
I would love a comment and
why not become a follower if you are not one already!

I am going to play along with the following challenges:

Thank You for taking time to leave me a comment! This is always very much appreciated! 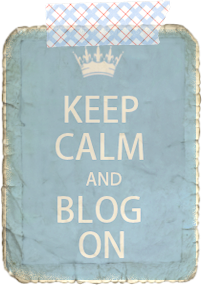 Denise
Thank you so much for taking the time to visit my blog. Should you have questions, please let me know by emailing me. dixicreations2011@gmail.com. Well look around and have fun and make yourself at home on my blog and I love comments.

Feel Free to Email me dixicreations2011@gmail.com

Want to find a Fab Challenge? 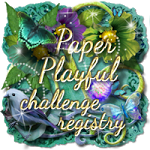 How to turn Word Verification Off

I Design for a South African Company

I design for a USA Company 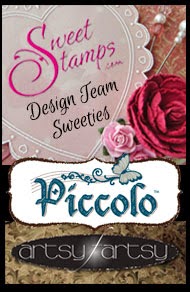 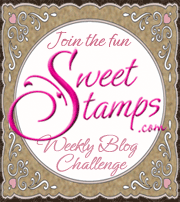 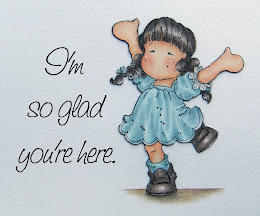